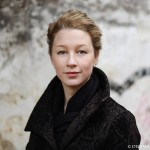 Bundeswettbewerb Gesang Berlin 2014: we are sponsoring two additional concerts where Sara Magenta Schneyer will be singing the soprano part.

Our Foundation is providing support for the performance of cantatas 1, 5 and 6 of the Christmas Oratorio by Johann Sebastian Bach at the German Protestant Parish (Deutsche Evangelische Christuskirche) in Paris on 3rd and 4th December 2016. These cantatas are rarely performed in the French capital. PRO MUSICA, the friends’ association of the Deutsche Evangelische Christuskirche Paris, would like to change this. This year the association will host its third Advent performance of the work for which Bach is best known in Germany; each year, different cantatas are performed.

On Tuesday, 2nd October 2018, Sara Magenta Schneyer will be performing at the Church of St John (St. Johanneskirche) in Tübingen. Here, our Foundation will be funding the performance of a Bach cantata in the context of the 93rd Bach Festival of the Neue Bachgesellschaft e.V.

Our foundation’s Board of Curators has elected retired Oberlandeskirchenrat Reinhard Kersten to the Executive Board. For the remaining term of office, he will take over the responsibilities of Mr Kocourek, who has stepped down from the    END_OF_DOCUMENT_TOKEN_TO_BE_REPLACED

This year, we joined the Association of German Foundations (Bundesverband Deutscher Stiftungen). We look forward to networking and sharing best practice with other foundations and the office of the Association.